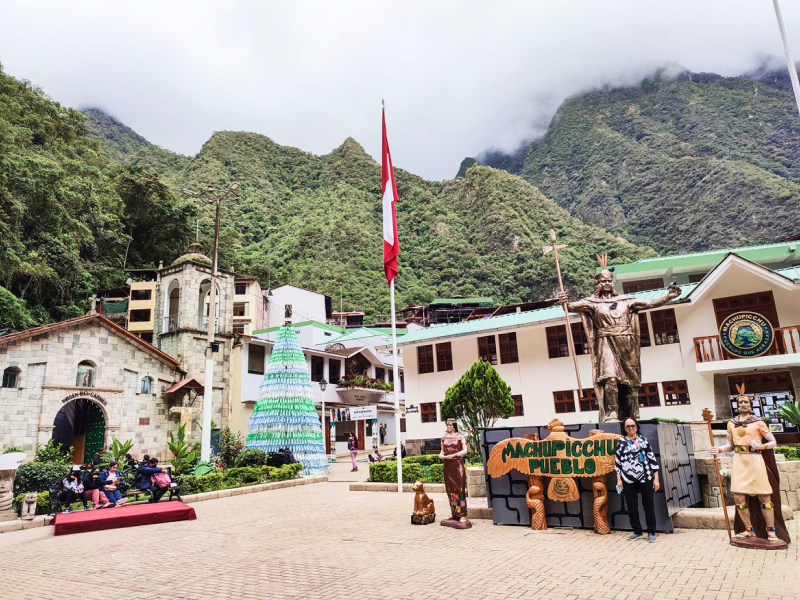 Aguas Calientes is called Machu Picchu-Pueblo to differentiate it from the archaeological zone, is a Peruvian town capital of the district of Machu Picchu, located in the province of Urubamba in the department of Cuzco. It is the main access road to the historic sanctuary of Machu Picchu.

Its origins date back to 1901, when the construction of the railroad began to unite the towns of Cusco and Santa Ana, province of La Convención. In 1928, the railroad reached the area of the Maquinachayoq camp, a place that became the center of the operations of the machinery and heavy equipment of the project, around which the railroad workers settled.

The real name of the town is Machupicchu Pueblo according to law N° 9396 of 1941. Aguas Calientes is the name of the river that is in the middle of the town, there are also 2 more rivers, Alcamayo and Vilcanota (also known as Urubamba river).